Home > Worship > History of the Congregation 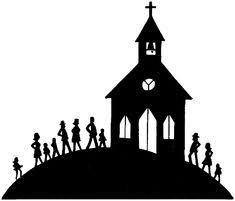 History of the Congregation

In the early 1950’s, new Lutheran arrivals to East Aurora got together to form a new church. After meeting in homes for the first few years, then at the First Baptist Church, the Masonic Temple and St. Matthias Episcopal Church, The Evangelical Lutheran Church of the Nativity (our official name) was chartered in 1956 by the United Lutheran Church in America, a precursor to the ELCA and Rev. John W. Fehringer was called as pastor.  Land was purchased in a residential neighborhood in the village and a “house chapel” was built on W. Fillmore Ave. The chapel was a shell of a house that resembled the surrounding homes, but with the interior left open for worship space. Within a few years the congregation outgrew this location and land was purchased on E. Main Street. The house chapel was sold and the interior completed as a private residence. (An innovative idea, even today!)

Dedicated in 1964, the new church building on E. Main St. consisted of a sanctuary and multipurpose room with offices and a kitchen. Pastor Fehringer served Nativity from this location until 1989, while simultaneously serving as pastor of Wales Hollow Community Lutheran Church, beginning in 1960. He passed away February 14, 2020 at age 91.

Rev. Dr. John A. Kroschel served from 1990 until 2003. During his tenure, membership grew significantly and through the generosity of the estate of the late Norman Becker, Nativity had the “seed money” to build a new sanctuary and office area. The multipurpose room was converted into dedicated classrooms and the former sanctuary into a social hall (Becker Hall). By 2002, Nativity was able to seperate from being yoked to Wales Hollow. Pastor Kroschel went on to become an Assistant to the Bishop and later, returned to his home state of Minnesota, where he passed away on May 17, 2012 at the age of 48.

Rev. Timothy R. Freed has steadily grown Nativity in membership, attendance and benevolence since his arrival in 2004. In 2016 he became the Interim Pastor of Wales Hollow and helped guide them toward their inevitable closure, completed in 2018. Over 90% of their membership joined Nativity as a result and remain faithful and active participants in ministry.

Rev. Jack Printzenhoff (Pastor Emeritus, St. John’s Lutheran, West Seneca) is one of those former members of Wales Hollow.  He joined the staff of Nativity in 2018 and now serves as Minister of Pastoral Care. 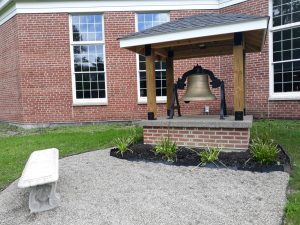 The bell from Wales Hollow now residing at Nativity!